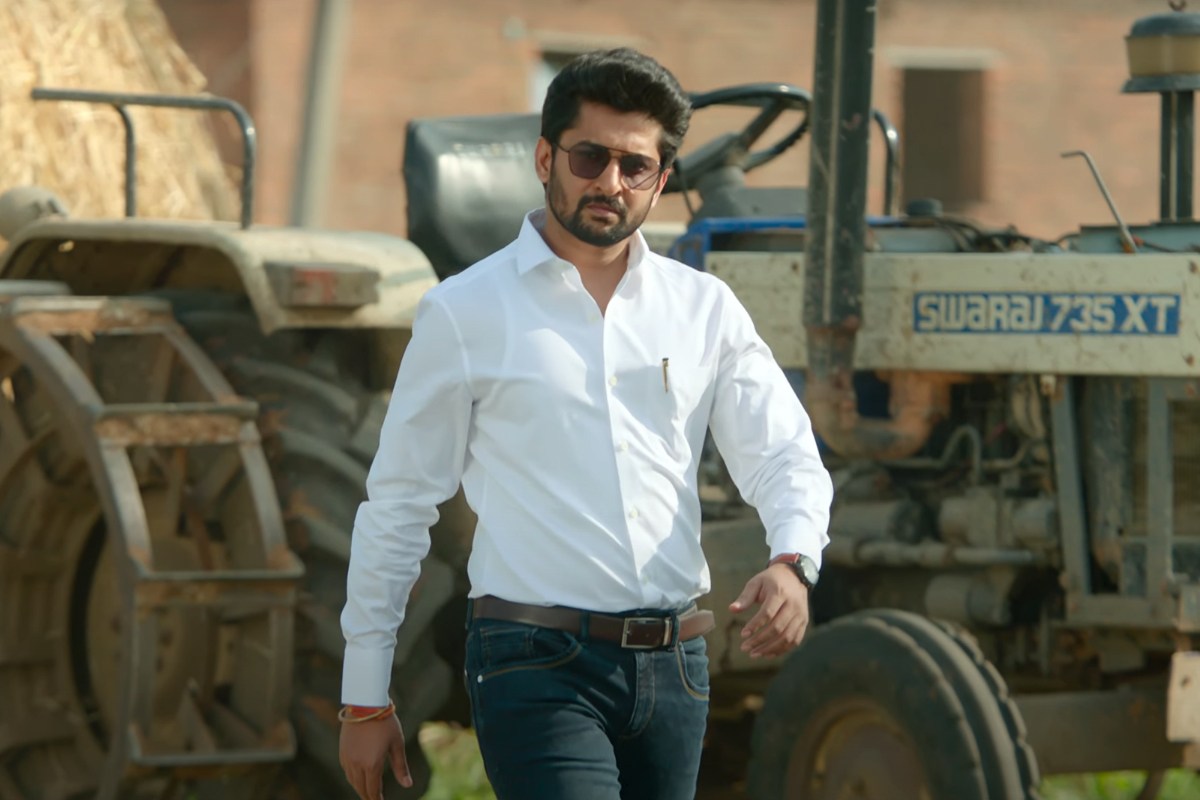 The film will be released on April 23.

‘Natural star’ Nani is reuniting with his Ninnu Kori director Shiva Nirvana for a film titled Tuck Jagadish. The teaser of the much-anticipated film has been released by the makers on Monday. The film will be hitting the screens on April 23. The film was earlier scheduled to release on April 16, 2021. Now the makers have pushed the release of the film by a week to avert a box office clash with Sekhar Kammula’s Love Story, which is slated to release on April 16.

Touted to be a rom-com, the film is set in a rural backdrop and features Nani as a simpleton. The film has stars Ritu Varma, who earlier worked with Nani in Yevade Subramanyam, and Aishwarya Rajesh, who made her Telugu debut in Kousalya Krishnamurthy, as the female leads along with Jagapathi Babu essaying the role of Nani’s brother. The film also stars Rao Ramesh, Nasser and other actors in key roles.

Major portions of the film were in Pollachi and Rajahmundry before the lockdown. Meanwhile, sources said that the story of the Tuck Jagadish is inspired by Mani Ratnam’s Gharshana (1988), which revolves around two half-brothers, who come in conflict over each other in their claim for legitimacy.

Nani’s last film, V, released on Amazon Prime Video on September 5 last year. It’s the actor’s 25th film and garnered mixed responses from both audiences as well as critics. V was an action thriller, which also featured Sudheer Babu, Nivetha Thomas and Aditi Rao Hydari in the lead roles.The film was originally scheduled for March 25 release last year to coincide with the Telugu New Year’s Day but the plans got hampered due to the coronavirus lockdown in India and the film got premiered Amazon Prime Video.

Nani also has another film with director Rahul Sankrityayan titled Shyama Singa Roy. The story of the film will have a Kolkata backdrop and Nani will be seen as a Bengali. The makers via a special Dussehra poster revealed that Sai Pallavi and Krithi Shetty have been signed as the female leads. It was officially supposed to be bankrolled by Sithara Entertainments but as per the new poster, Niharika Entertainment has taken over the reins of the project. It is not yet known as to why Sithara has opted out of the project.

Nani will be teaming up with director Vivek Athreya soon. Following the success of Brochevarevarura, expectations were high on what director Vivek Athreya’s next film would be. Nani reportedly will be playing the lead role in his upcoming film. Sources in the know say that Vivek Athreya is busy with the scripting work and the project will be launched soon. To be bankrolled by Mythri Movie Makers, it will be a complete entertainer, we hear.