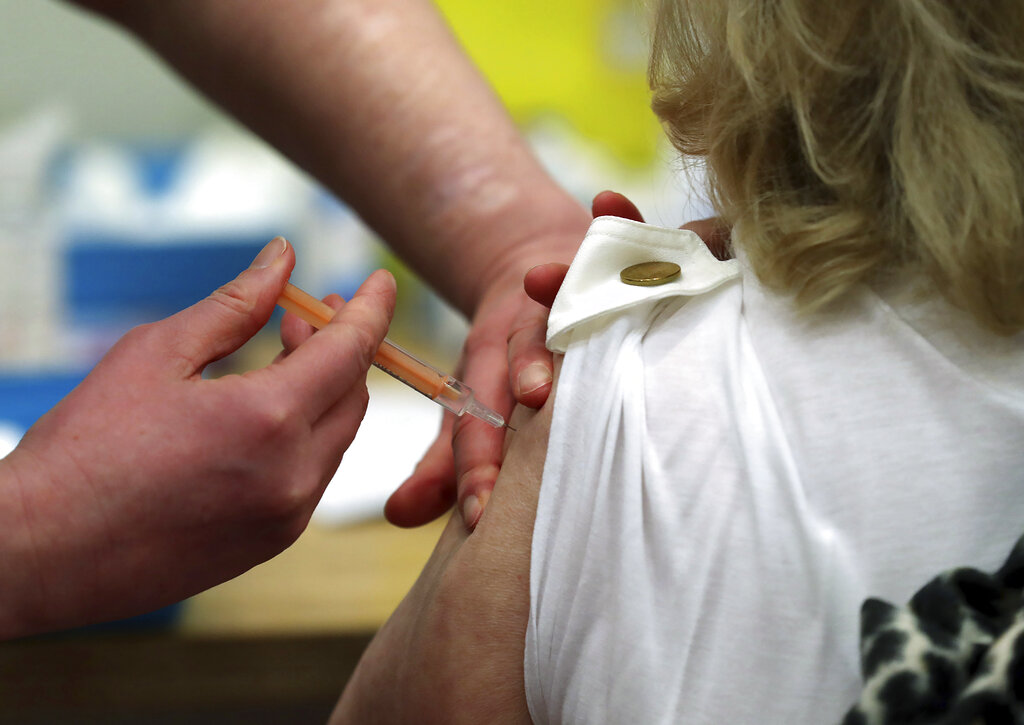 LONDON: The swift roll-out of Covid-19 vaccines in England is starting to have a positive impact, with infection rates dropping steeply in March, according to the findings of a closely watched survey today.

The REACT study, run by scientists at Imperial College London, found that infections fell by approximately 60% from the last study in February, with an average of only one in 500 people infected.

Paul Elliott, director of the REACT programme, said the “gratifying fall in infections” was “really good news” and “shows we’re headed in the right direction”.

As well as reflecting the impact of a three-month long lockdown, he said it was also a sign that the vaccination campaign was having an effect.

“The rates (of infection) are definitely lower in the group that have been most vaccinated, which in our data is the age 65-74 and the age 75 plus,” he told reporters.

“So I think we are beginning to see … the effect of the vaccinations.”

Overall, national prevalence in England dropped from 0.49% in February to 0.20% in March.

The REACT researchers cautioned, however, that the speed of decline began to plateau in mid-March, and said that trend would need to be closely monitored. Many schools began full reopening in the week of March 8, and Covid-19 restrictions will be loosened further next week, with the reopening of all shops and outdoor hospitality venues.

The study also found that the correlation between infections and deaths was diverging – another likely sign of the impact Britain’s vaccination roll-out, which has so far seen more than 31 million people receive a first vaccine dose.

The REACT study is one of the biggest Covid-19 surveys of its kind in England, with over 140,000 volunteers tested in England between March 11 and March 30 in the latest round.

“These findings are promising and illustrate the significant impact that lockdown, combined with our phenomenal vaccination programme, is having on the prevalence of this dreadful virus,” Health Minister Matt Hancock said in a statement.