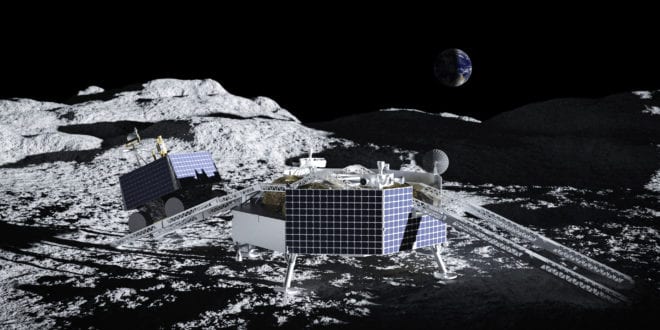 Astrobotic, the world’s main lunar logistics service supplier, has been chosen by NASA to ship the Volatiles Investigating Polar Exploration Rover, or VIPER, to the south pole of the Moon in 2023.

Astrobotic will present an end-to-end supply for VIPER on board the corporate’s Griffin lunar lander via a $199.5 million contract awarded beneath the NASA Business Lunar Payload Providers program, or CLPS. Griffin’s supply of VIPER shall be Astrobotic’s second CLPS supply, following the corporate’s Peregrine lander supply in 2021. As well as, Astrobotic’s MoonRanger rover was beforehand chosen by NASA for supply to the Moon in 2022 on the lander of one other CLPS companion.

The Griffin lunar lander is Astrobotic’s medium capability lander product line, and is able to delivering as much as 500 kg of mass to the lunar floor. Griffin makes use of lots of the similar subsystems and approaches employed by the Peregrine lander, which is able to fly two years earlier than VIPER. Each lander product strains put a heavy emphasis on secure and dependable supply of buyer payloads to the Moon.

When VIPER disembarks from Griffin’s ramps onto the Moon, it’ll survey the floor and subsurface for water ice, which might be used for breathable air and rocket propellant by future deep area explorers. VIPER’s mapping of lunar water ice might be step one towards using sources within the area surroundings – somewhat than carting all of them from Earth – to allow extra inexpensive and sustainable area exploration.

“It is an enormous honor and responsibility to be chosen by NASA to deliver this mission of national importance,” mentioned Astrobotic CEO John Thornton. “Astrobotic’s lunar logistics services were created to open a new era on the Moon. Delivering VIPER to look for water and setting the stage for the first human crew since Apollo embodies our mission as a company.”

The announcement was made 11 June 2020 in Pittsburgh, PA.